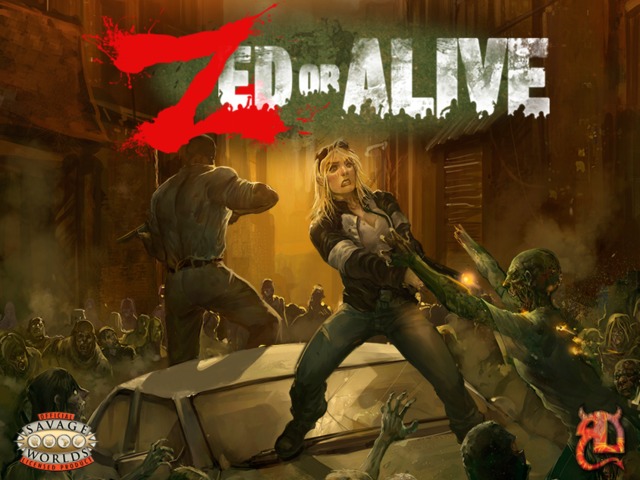 As you know, I’m into zombie wargames, so this caught my eye, its called Zed or alive from Dust devil games and they currently have a kickstarter campaign to fund its creation. Yes, I know, there are quite a few zombie skirmish rulesets coming onto the market at the moment, but there’s always room for more!

They’ve already surpassed their $3000 goal, so this is pretty much a dead cert, and since its based on the Savage world system, it’s already got a good pedigree and existing fan base. I like the slick look to it, and I wouldn’t mind getting my hands on a copy, even if it’s just to read! A lot of you might add that the title bears more than a passing coincidence to a certain X-box game series that is one of my favourites (L4D) but maybe thats why I’m attracted to it in the first place!

The good thing is that you can use whatever figures you like for the game (human survivors and zombies of course) and can be used for 28mm and even 15mm (hooray!!) Loads of miniature companies have allowed photos of their great figures inside, which also lends to the finished look of the book, so its no surprise many have already jumped aboard.

If you want to take a closer look and maybe get involved as a backer in the campaign, click the link below and check it out!