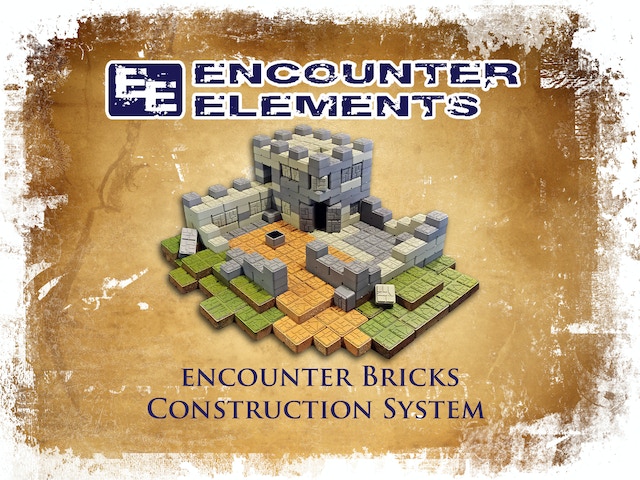 So again with more Crowdfunders for us freaks and geeks, this time in the form of two similar projects on kickstarter. First of being the Encounter Elements encounter bricks construction system.

These are geared towards the GM/DM who just hasn’t got time to create some terrain for the various enounters one might need to show during game on the tabletop (which is a good thing if you actually need that on the fly) Now, I’m not that invested in the RPG aspect of stuff anymore, although it played a significant role in my past, you know the Grinning skull is primarily a wargaming site (well, minis anyway) but seeing as though this is for miniatures, I wanted to put them here for that purpose.

As you can probably see, these are used for the quick creation of terrain and in that respect, you can use the system for wargaming if your terrain expectations aren’t clouded by things looking a little basic. 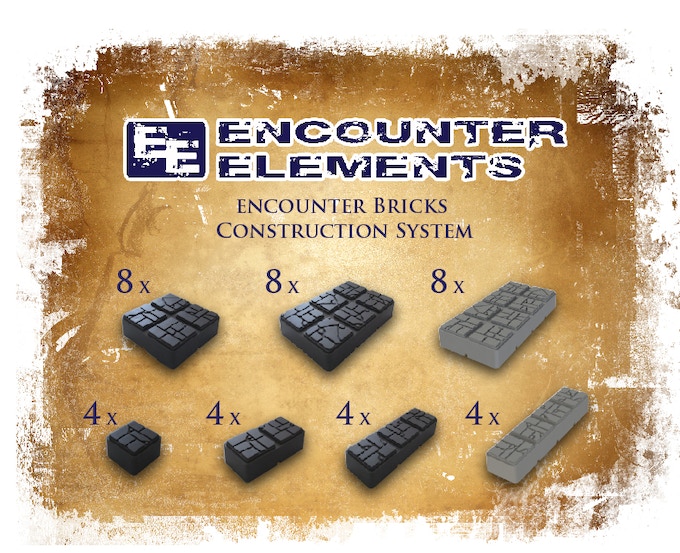 So what we have here is basically a type of lego/megablocks set-up specifically for us gamers, which is ok I suppose, if you like the asthetic, but lets not dress this up. RPG/Wargamer lego it is. 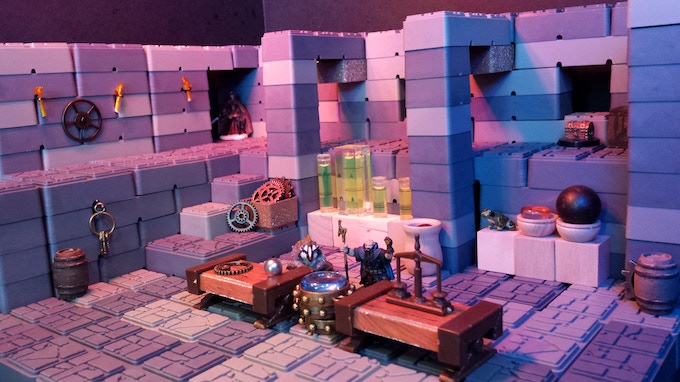 I mean look at it. Dress it up as much as you want with trinkets and miniatures, it looks like flat topped lego. Look, I may sound rather negative about it, I just want to say that it doesn’t really solve any problems that using lego wouldn’t sort (Ok, so lego isn’t flat on the top, and the lego studs probably arent the best thing to balance your prized minis on, but apart from that no real difference) What I’m saying is, it’s not the most groundbreaking gaming product that’s going to change the way that you play your games. 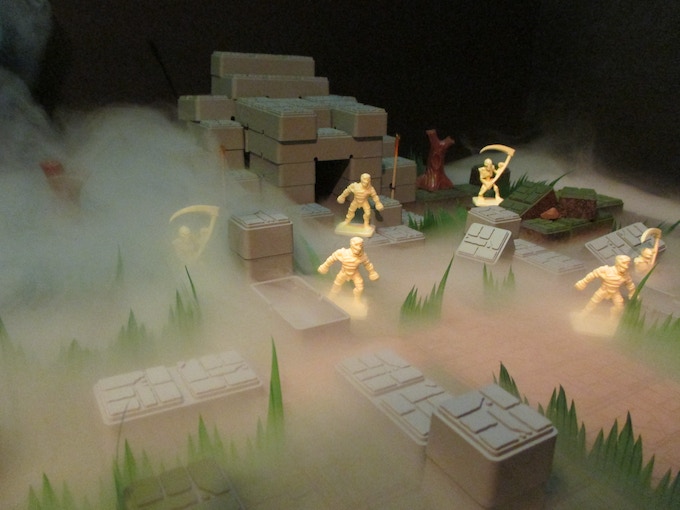 For serious RPGers/wargamers, No not really. For loose and easy beginner play, yes that would be much better, I’d say better suited for the young uns. Don’t get me wrong, theres nothing wrong with the design and manufacture, and I could definitely put them to use in some limited form, I’d just want to add more dimension to them, convert and paint etc, but I could probably come up with something better for my needs myself, from scratch, but then again I don’t think I’m the demographic for this product.

For what it’s worth, if I were after something like this, I think lego type blocks would be a better and easier off the shelf buy. It’s all very swish and well produced, but I’m afraid its all fur coat and no knickers. Sorry Encounter Elements.

Check out the vid & page link to the project and make your own mind up about it.