Well, I’ll start by wishing all those reading, a happy easter, hope you enjoy your choccy eggs!

I thought I would start todays blog updates with some extra shots of my 15mm space orc army. If you saw the last post, that just detailed what I had finished thus far. This time, I want to show you the rest of the other bits, although some aint finished, I thought it would be a nice touch to see what my force is growing into. 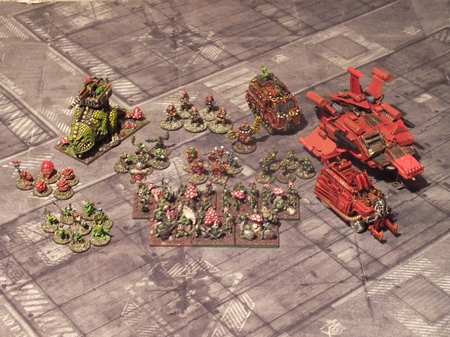 First you’ll notice the addition of feral goblins, while these fellers are primarily used for my WFB snotlings, I see no reason not to include them in my space orc forces. They’ll just be a vicious mob of skirmishing cannon fodder, designed to tie up more deadly enemy units, while my other units take care of business. I have so many 15mm goblins lying around, I might have to develop a fantasy version of the goblinoid lot.

Next up is vehicles. These are a work in progress. I’ve got anothe wartruck, based on a toy 4×4 monster truck. I think it’ll be suitably over the top, and a nice fit with the other. Loads of work to do on it before its done. 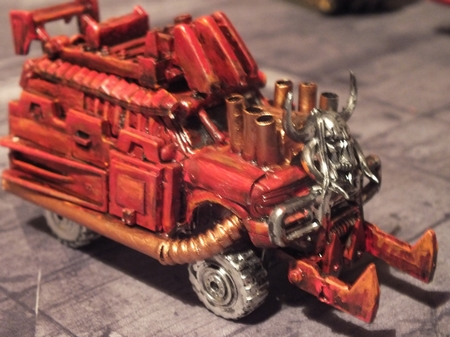 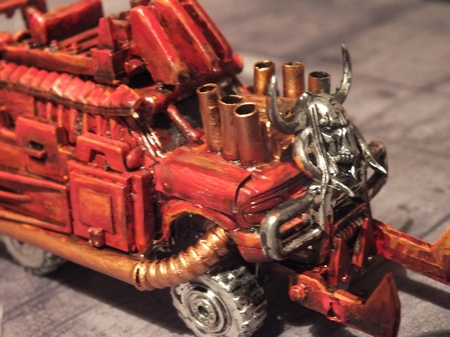 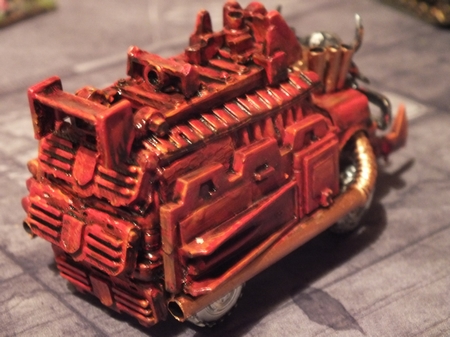 Next up is an assault dropship, which is made from allsorts of bits. It did start as another project ages ago, which lay dormant in favour of other things. Fast forward to recent times, I decided to repurpose the original and add more bits (and I’ll probably add more) With these, its starting to feel like an invasion.

Loads of things to be done on that, but it’ll come together eventually. Bear in mind as well that I have tons of orcs to paint up, drednaughts, runts and bits. Its probably time to think about what I should be doing to put an opposing force together. I do have a not-tyranid-ish force on the back burner, but I think I might have to try either an imperial force or a chaos one…or squats…or genestealer cult..or….!!